The usual meeting of the Corinthian Football Club was postponed this week owing to the club having a "night" at a theatre, and a large attendance of members and followers were present. The next meeting is called for Wednesday, February 16 at 8 p.m., at Mrs. Cohen's residence Paines-street Kangaroo Point, and as there is a good deal of urgent and important business on the agenda paper a full attendence is requested.

A meeting of sports was held at the Kangaroo Point Hotel last Monday. at which It was decided that the Kangaroos establish a senior Soccer club. A committee, consisting of Messrs. MacKcnzie, Dillon, Clyde, and Lyle, was appointed, and they are making special efforts to have all the supporters or players present at the next meeting on Wednesday night, February 16 at the same place.

DEPARTURE OF MR AND MRS A. MATON.

Mr. and Mrs. A. Maton have been resident in Murray Bridge for several years, and during that time they have taken an active interest in the town's affairs and have been most generous in giving their services in aid of patriotic and charitable causes. Mrs. Maton possesses exceptional vocal qualifications, and in this respect she has never refused her services when approached for any cause, no matter the object or the denomination which sought her assistance. Mr. Maton, who also possesses a voice above the average, has rendered similar service on numerous occasions. He is an employee of the Railways Commissioner and has set a great example to many railway men in the town who seem to live for railway affairs alone and do not take that interest in the social and general affairs of the town which is expected of all residents. Mr. and Mrs.Maton left the Bridge on Wednesday to take up their residence in Adelaide, and prior to leaving were farewelled by various bodies with which they had been connected. Mr. Maton was a bowler and was often to be seen on the local green, while he was one of the local enthusiasts who introduced the soccer game of football to Murray Bridge last football season and displayed considerable skill, as a dribbling enthusiast. Both Mrs. and Mr. Maton will be greatly missed.

SOCCER FOOTBALL. As it is intended to enter teams in the First Grade and All-age Competitions during 1921, the St. George F.C. (Soccer) will be pleased to hear from anyone who wishes to take an interest in, or play for, the teams. Write to W. DALBY, Jnr., "Nottingham," Maher Street, Hurstville.

FOOTBALL. SOCCER CODE. Mr. M'Lure presided at a meeting of the West Wallsend Soccer Club. The Woodpeckers were well represented, and the object of the meeting was to see if the two teams could not be brought under one managegement. It was agreed to unite forces, and to hold an annual meeting and election of officers for the combined clubs on Wednesday next. It was further agreed to appoint a committee to control the club's affairs. New players who are expected to strengthen their teams are "Dutchy" Phillips, the ex-Annandale play er, Tom Barwick, Doran, and Frank Hayes, the ex-Adamstown player, all of whom are now living in West Wallsend.

The annual meeting of the Northern District British Football Association took place in the Trades Hall, Newcastle, on Saturday night. Mr. J. H. Bloomfield presided. In the report it was stated that the past season had been a wonderfully successful one. The takings constituted a State record, amounting to over £1000. While the season had been prolonged, it was worth pointing out that the association were without a ground until the end of July. The balance-sheet showed the income to be £1068 7s 9d, gate receipts at the tramway ground alone being £619. The securing of the tramway ground was made a special feature of the report, and the fact that the total sum necessary to fence and prepare had been paid in onebseason was specially commented on. This proved what a wonderful asset the ground had proved. The chief items of expenditure were £105 allowance to clubs for travelling expenses, over £100 for advertising, medals £140. Over £300 was spent in fencing and preparing the tramway round. The credit balance was £158 2s 9d. The auditor (Mr. Craig) paid a tribute to the treasurer and secretary for the excellent way in which they had kept.the books. The adoption of the report and balance-sheet was moved by Mr. Stirling, supported by Mr. Crawford, and others, and enthusiastically carried. The election of officers resulted as follows:-Mr. H. J. Connell, M.P., patron; Mr. J. H. Bloomfield, president. For the position of secretary, Hamilton withdrew their nomination, and this left only one nomination in, this being for the retiring secretary, Mr. Tamlyn declined to accept the position, and the open nomination was reverted to, and Mr. W. W. Roberts was elected to the vacancy. Mr. W. Ralston was re-elected assistant secretary. Messrs. Read and Craig were re-elected auditors. It was agreed to hold the first council meeting in the Trades Hall on Saturday, March 12th, and then to consider whether club or district football should be adopted during the coming season. The meeting was an excellent one. Perfect harmony prevailed. The retiring officers all came in for eulogistic references, the retiring secretary being particularly praised for his great work. His decision to retire was greatly commented upon, but as he refused to alter his decision a successor had to be found. The chairman pointed out that, according to rule the secretary was entitled to about £53 of an honorarium. Mr. Tamlyn, however, refused to accept this, and pointed out that all the committee had worked hard to place Soccer on a better footing. He knew they had succeeded, and after their great help and work to accept honorariums was not in keeping with the object they had all worked for. Upon the motion of Mr. Crawford, supported by various mem-bers, Mr. Tamlyn was elected the first life member of the N.D.B.F.A., and it was decided to donate to him a memento of his great services to the code. 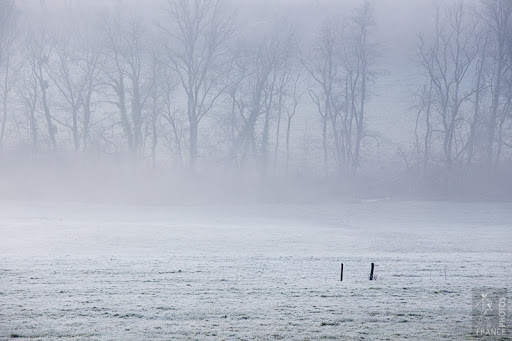