To coincide with the opening of a new exhibition at the National Museum of Canberra focusing on the 1967 Socceroo tour of Vietnam, the doyen of Australia soccer scholarship Roy Hay has a released a companion book. 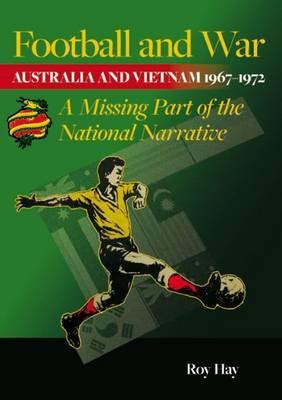 With the long and unwieldy title of'Football and War, Australia and Vietnam 1967-1972: A Missing Part of the National Narrative', Hay seeks to achieve three things: first and most obviously, creating a concise and accessible overview of that tour, as well as the events leading up to that tour and the events which followed; second, to 'encourage FFA to recognise the boys of 1967 next year on the 50th anniversary'; and third, to provide a practical demonstration to the Australian soccer community of how to produce books like this (continued below)


South of the Border - a South Melbourne Hellas blog: Book review - Roy Hay's Football and War
Posted by Ian Syson at 10:08 No comments: